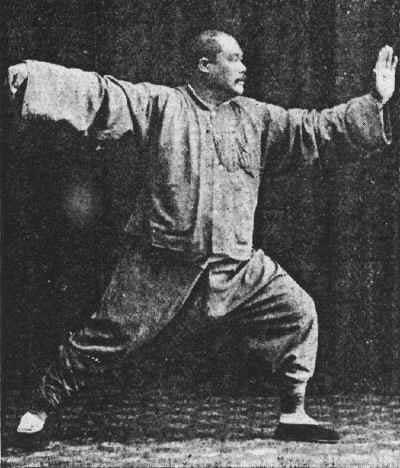 It is essentially a refined chronology of events based on researched information and is intended as a guide to the subject, not the last word on it. Much more could have been included. Strictly speaking the whole issue of Chinese martial arts history cannot be divorced from the culture, politics, philosophy and religion of the time but that would turn a short article into a book and that was never the intention.

Introduction to history of tai chi

Before venturing too far into this subject it is important note that anyone attempting to present a ‘true’ account of the history of tai chi is on somewhat shaky ground, especially if that person is a Westerner who has to look in from the outside of Chinese society and to rely on other people’s researches and writings to present an article on ‘What is tai chi and ‘where did it come from’ etc… It seems doubtful if a definitive, historically accurate and verifiable version can be written, such is the mix of fact, fiction, myth and legend that confronts anyone who reads more than one source on this subject. Certain individuals commonly appear but at different times doing different things.

Their names are spelt differently, accurate birth dates are given for individuals who are then described as mythological by others. So it goes on. Another problem in tracing Chinese history is translation. Written works are difficult to put into English because the Chinese language has many aspects that simply do not correspond to western understanding.

Compounding this difficulty is the alphabet, dealing as it does with concepts where one character can encompass many words or ideas in western terms. The quest for a history of Tai Chi in particular and martial arts in general, is not helped by the fact that very little instructional and historical information appears to have been written down or if it has, its been lost or burned. Besides, this aspect of Chinese life has long tradition of word of mouth, master to pupil teaching – often in obscure locations and behind closed doors.

One more barrier to understanding is that many of today’s martial arts commentators simply ignore the broader picture, seeking only to establish the longest possible lineage for their particular variety of martial art and blending the mix to suit. Hopefully, what follows will not fall into that trap and will be of interest to all Tai Chi practitioners even if some or most of it will be open to argument.

More details on tai chi as offered at the Golden Lion Academy can be found by clicking on the link.

The entire 7 parts of A Brief History of Tai Chi can be found with the links below:

History of Tai Chi Part 3:  Speculation on its early development, including the legendary master Chang San-feng.

History of Tai Chi Part 7:  Tai Chi’s kung fu and all that!