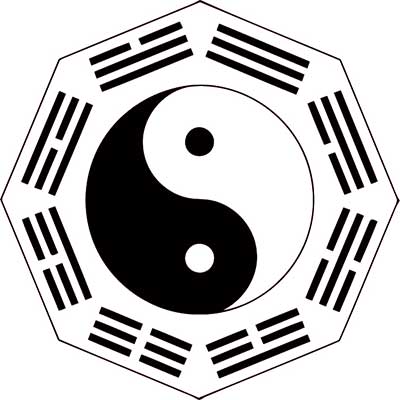 Kung Fu philosophy teaches important values and code of conduct for both martial arts training and life, the philosophy helps us cope with modern day stress, anxiety and pressure.

Kung Fu is grounded in the philosophy of Taoism (pronounced as ‘Daoism’). Taoism, pre-dates even Buddhism which has played a significant role given kung fu was first practised by Chinese Monks who later established the Shaolin Temple.

Taoism Founded by Lao-Tzu (604-531 BCE) and recorded in the ‘Tao Te Ching’, is a collection of teachings for living in harmony with nature, other people and within yourself. The Tao (simply translated as ‘The way’ or ‘path’) is considered to be a transcendent force and the source of all creation.

Lao-Tzu developed the concept of Yin and Yang to explain that all things have two aspects. Both are necessary and harmony can only be achieved through seeking a balance of Yin and Yang energies. Examples of Yin and Yang are hot and cold, bright and dark, male and female. This is an important concept in kung fu because it relates to the development and application of physical power in our techniques.

This notion is captured in the Taoist symbol comprised of an outer circle representing the universe. The circle is divided into a Yin division (black) and a Yang division (white) with the curved line separating the divisions indicating a state of flux (Qi) with a smaller circle of Yin in the Yang division and Yang in the Yin division.

The forces of Yin and Yang are well demonstrated in the nature of water — both soft and yet with immense power. The nature of water is also used to explain another central concept to Taoism which is striving for non-action or paradoxically ‘wei wu wei’ which means ‘action without action’.

In Taoism, Qi (pronounced chee) means air or breath; Qi is considered the basis of life. Very simply put, Qi is a kind of vital energy or force that is fluid and constantly changing form. Qi is an important energy which can be used to attain equilibrium.

In the human body, Qi (along with blood and fluid) travels along channels known as meridians which lead to the organs. The flow of Qi can be regulated through the use of points along these meridians to enhance health and wellbeing.

Chinese Medicine  is a practice guided by the meridians that seeks to improve health through things such as acupuncture, moxibustion, massage, cupping and herbal medicines.

Kung Fu and related activities such as Tai Chi (website opens in a new window) and traditional breathing exercises also aim to enhance the flow of Qi through the body. This has a positive impact on overall physical and mental health and is a great form of preventative health care. In addition, Kung Fu and Tai Chi uses Qi, meridians and pressure points as a means of self-defence and building health.

At the Golden Lion Academy, students are taught the Eight Wisdoms of Kung Fu, which teach important values and a code of conduct for both Chinese martial arts training and life. In times of hardship, such as emotional, family or financial crisis, this knowledge helps us cope with our modern fast paced lives that lead to stress and anxiety.

Some basic examples of Taoist philosophy as they relate to kung fu classes include the:

Nothing in the world is softer and weaker than water;
But, for attacking the hard and strong,
there is nothing like it!
For nothing can take its place.
That the weak overcomes the strong, and the soft overcomes the hard,
This is something known by all, but
Practiced by none.

It would be possible to spend a lifetime studying Taoism and this is only a basic introduction. For more information, refer to the classic texts, such as the ‘Tao Te Ching’, Xishen Jing’, ‘I Ching’, ‘Daozang’ (Taoist Canon) and the ‘Sift Text’. Also recommended reading is, ‘Zhuangzi’, a collection of stories written by a philosopher to further develop and illustrate some of the ideas of Lao-Tzu.

More articles can be found on our Blog. 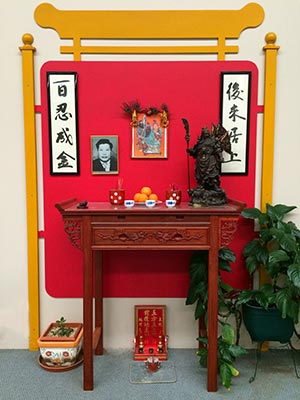 The Golden Lion altar is built to remind us of some special values, to honour traditional deities and pay respect to the spirits of our ancestors.

More about the altar can be found in this article on our blog.