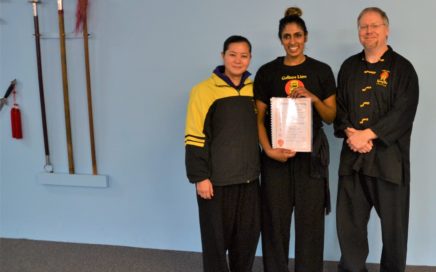 Bianca Mohan describes her journey to becoming a kung fu black belt, how kung fu training has helped her learn how to direct herself through life. Below is an account of Bianca’s journey. I will always remember my very first adult Kung Fu class. It was weapons day and we all had an opportunity to […] 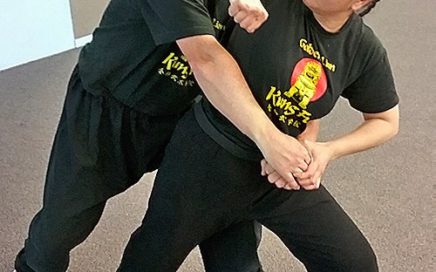 Ladies Self Defence training is offered on a daily basis in kung fu classes at all three Golden Lion Academies; however, special workshops for girls and women are given to reinforce techniques learnt in class. Bianca Mohan, Murrumbeena kung fu and dim mak student gives her report below… So, I will admit, that as soon […] 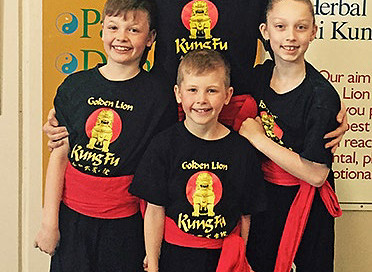 Martial arts children and kung fu training. This article tells the reasons why children should participate in kung fu. The training of children in martial arts has been the source of contentious debate within the community. It sometimes is incorrectly attributed to the development or encouragement of violence in children.  This is not an accurate assessment […] 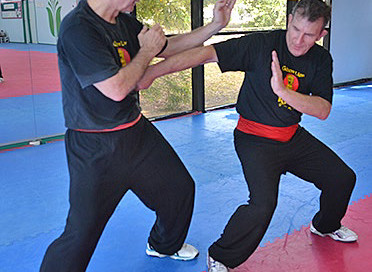 Shaolin Kung Fu 5 Animals Self defence seminar by Sifu Craig Rayner was held on 21 September at Golden Lion Rowville, assisted by Sijie Joey Baful. Attendees ranged from beginners to second level black belts with everyone enjoying the whole 3 hours which passed very quickly. Sifu Craig explained in his entertaining and humorous way the origin of […] 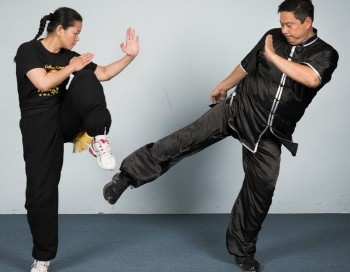 Below is Jonathan Finkelstein’s account of how kung fu training actually helped him with his knee problem. He also highlights the usefulness of the Cat stance in daily life. Jonathan is a Kung Fu student at our Golden Lion Kung Fu Murrumbeena Centre. We are told how Kung Fu evolved from watching and imitating the movements of […] 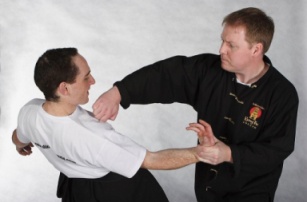 The kung fu fighter’s hook punch, known in Chinese martial arts as the Qian Bai, is a very effective medium range striking technique. It is found in almost all Martial Arts and western forms of boxing, but its origins are diverse and its execution differs greatly depending on the practitioner’s style and influence. The following […] 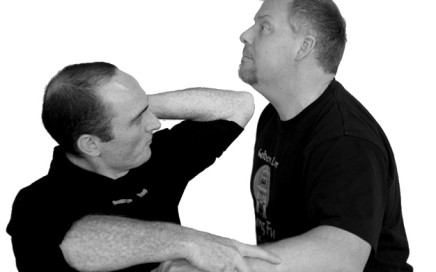 Kung Fu Self Defence Close Range session was very effective in delivering an understanding and practice of close range techniques using the elbows and knees. On a recent trip to Thailand I attended a Muay Thai tournament featuring professional fighters. Of the ten bouts nine ended in a knock out and every knock out was […] 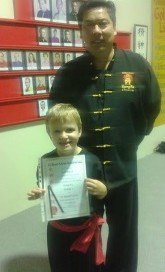 Dear Master Richard, I want to share some info with you and all at Golden Lion Academy about Seth. He is in your Martial Arts Kids Kung Fu programme. Seth is 8 in February, 2015.   Thankyou Master Richard for Seth’s privacy as he wants to be a “kid”, not a patient, but he is now happy to […] 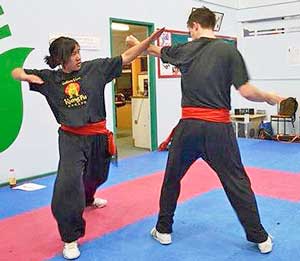 Kung Fu Tiger and Crane Shaolin Fighting Art Self Defence was a fascinating workshop made even more interesting by learning more about a style that has helped to form the basis of the Golden Lion Academy. As a child, I was always fascinated by animals, their behaviours, and their movements; even now, part of my […] 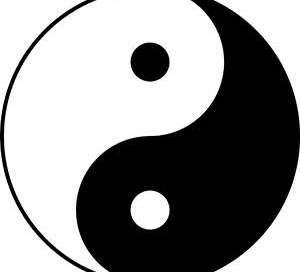 In dim mak kung fu, yin and yang power can be applied to our training through our state of mind, composure, fighting stance, and silence (examples of Yin), as well as our breathing, pouncing, and explosive power (examples of Yang). Yin and yang are fundamentally opposing forces, where each balances the other out, and where […]